Aberdeen Street Pastors (ASP), which started in Oct 2007, had the pleasure of commissioning 6 of its 8 newest volunteers on Wed 30th Mar 2022 at the Caf4é at Credo. 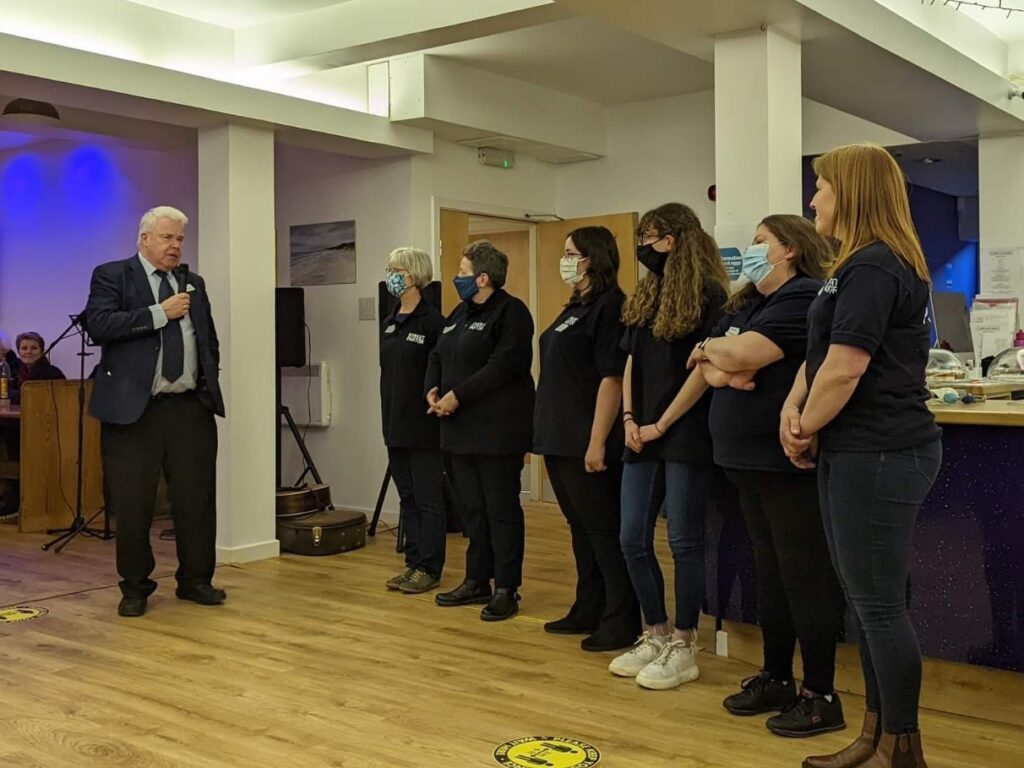 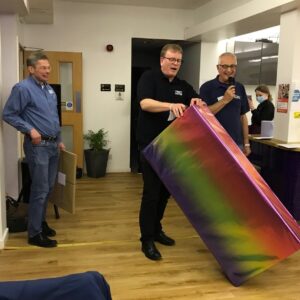 The occasion also took time to recognise that Rob Denning and Gerry Bowyer were both stepping down as Directors of Aberdeen Street Pastors.  They have both been with ASP for almost 15 years and were instrumental in developing the organisation that it is today.  Thanks were expressed to both of them for their immense commitment to the work of ASP and their love of serving the community.  Peter Turner, who has been an SP in Aberdeen since 2007, was introduced as the new Chairman replacing Rob.

Thirteen faithful and dedicated volunteers were also recognised for their service of over 10 years to Aberdeen Street Pastors. We are very thankful for the opportunity to come together to celebrate all our volunteers, both new and energetic, and those who have served faithfully for a long time. 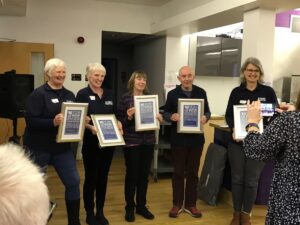 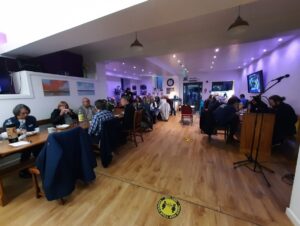 Aberdeen Street Pastors and friends at the Commissioning

For more about the work of Aberdeen Street Pastors, go to https://streetpastors.org/locations/aberdeen/street-pastors/